Company Auditors: Who are They and What do They do? 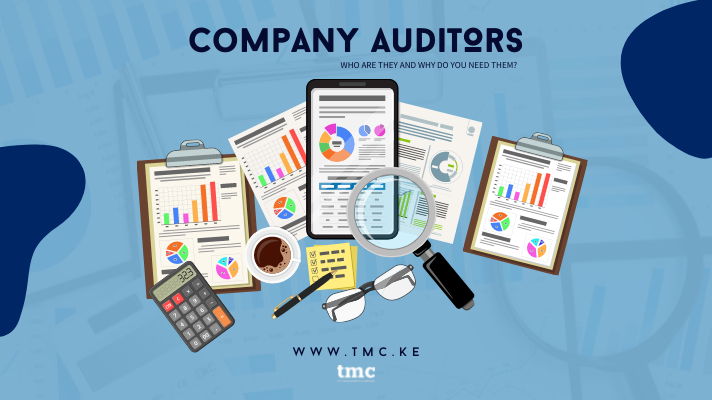 Section 717 of the Companies Act 2015 states that an auditor in a private company must be appointed for each financial year unless the company’s directors resolve otherwise that an audited financial statement will be required. According to the Act, failure to appoint a company auditor must be reported to the Cabinet Secretary within 7 days. Failure to give this notice is a criminal offence. Company audits are an integral part of a company’s management process. Audits provide credibility to a set of financial statements and they give both the shareholders as well as the government confidence that the accounts are legitimate and fair. Audits also help to improve a company’s internal systems and controls. In this article we’ll look at some of the duties of company auditors and why company audits are so important.

When making their reports, company auditors must ensure that their reports contain statements of whether they obtained all the information necessary for the audit. They must also keep true and proper books of a company’s accounts. This means that they must ensure that the balance sheets as well as the profit and loss accounts are in accordance with the books of accounts and that they are true and accurate representation of a company’s state of affairs.

There are numerous reasons why company auditors play a major role in ensuring that a company’s internal systems are legal and in compliance with the set laws. Company auditors are important for the following reasons:

Recurring annual analysis of a company’s financial operations as well as maintaining strict internal control systems play a major role in the detection of fraud and irregularities. Auditors help companies with the modification of their internal control systems which keep companies in check in order to avoid a world of legal trouble. In addition, companies that are known to have diligent and rigorous audit systems deter potential acts of company fraud by employees or partners.

Companies with effective audit systems are able to pursue and obtain their various corporate objectives. When a company’s internal processes are under constant surveillance and monitoring, it is easy to maintain adequate records. These well-kept records promote operational productivity and helps companies to improve their function in the areas that may not be doing well.

Auditors are tasked with calculating the possible risks of the mismanagement and misstatement of a company’s financial records. Lack of a proper system of internal controls such as an audit system can prevent interfere with a company’s financial reports. This would make it difficult for a company to adequately allocate resources to its various departments making it difficult to accurately determine how well the company is doing. Lack of proper auditing leaves the company vulnerable to legal and financial problems which would otherwise be prevented by having proper control systems.