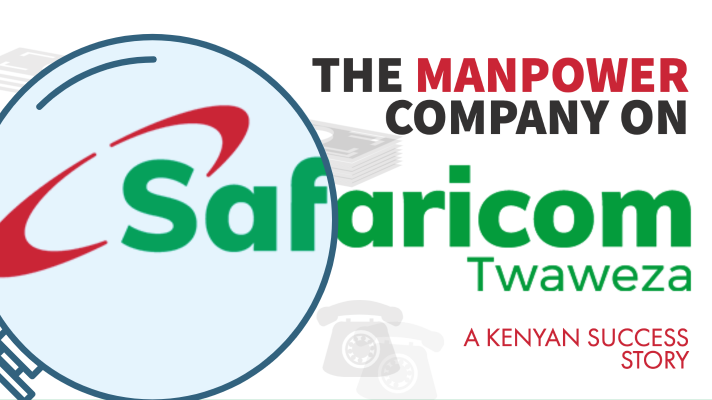 Africa is a vast continent with immense potential. This fact is often overlooked because it is also plagued by great adversity. Africa once still considered “The Dark Continent” is now a booming economic hub with growing businesses and a competitive edge in the global trading scene. There are many successful companies in Africa, one them being Safaricom. On Forbes, Safaricom is actually at the top of the list of the Ten Most Innovative Companies in Africa. In this article, we’ll look at some of the reasons why Safaricom has been so successful and what you can do to replicate this success.[1]

1.SAFARICOM IS A TELECOMMUNICATIONS JUGGERNAUT

Safaricom has got the largest number of subscribers in Kenya. A report published by the Daily Nation stated that as of January 2017, Safaricom had recorded a whopping 25.94 Million subscribers. Airtel had a total of 6.76 Million subscribers while Telkom subscribers had dropped to 2.9 Million up from 5.2 Million. This wide margin makes it unlikely for their competition to catch-up.

It’s wide scaling capabilities and rapid scale model, placed it in the far reaches of the country where other providers were unhurried in their approach. Remember, when you’d go trekking across the country and network connections were unreliable? Even as the service bars on your phone faded, those with Safaricom always seemed to complain last? Safaricom’s “Mwanainchi First” model put a phone in every Kenyan Household and a network pole in every county. Safaricom connected people.

Over the years, Safaricom has grown to become the largest telecommunications service provider in East Africa. This is primarily due to their M-Pesa service. M-Pesa is the most advanced phone-based money transfer service globally and the brainchild of Safaricom since 2007. A  Kenyan government report published in 2012 stated that only five years after its launch, there were 19.5 million mobile money users in Kenya.[2] Banks and mobile service providers around the world have attempted to  replicate M-Pesa’s widespread adoption, but have not had much success.

Tying back to their accessibility, only Kenyans in a certain area code and certain amount of income had access to a bank account. Identifying a massive hole in the market – one which a large majority of the population falls in – Safaricom sought to solve a problem others had discriminated against. By requiring little above the bare minimum, it granted everyone access to financial tools and mobility.

Learn from this success story and build a brand that reflects the needs of your market. Do not discriminate your clientele and offer tools anyone, in any position can access. The world is advancing – quickly – don’t let classist opinions dictate your actions, lest you get left behind.

Safaricom, being the leading telecommunications service provider in Kenya has partnered with many banks across the country. Almost every bank has a till reserved for M-Pesa services. This has enabled Kenyans to transfer money from their banks to their M-Pesa accounts and vice versa. This convenience continues to put Safaricom at the centre of the telecommunications industry.

Building again on their accessible model, Safaricom has tailored options anyone would find useful. Their strategic partnerships with large financial institutions and web-based financial services like PayPal has cemented M-Pesa’s place as a first-rate ‘Mobile-Bank’ who’s success competitors have widely attempted to replicate. A big chunk of Safaricom’s relevance lies in these partnerships. They’ve learned to extend their reach through industry leaders and you should too.

With its trademark green colour and catchy tag line (Safaricom, the better option), Safaricom has established itself as a household brand that is recognisable by everyone. Safaricom makes great use of the beauty of Kenya’s landscapes to promote their services and even hire local talent to advertise their products. Investing back in the population they serve has led to the growth and loyalty of its subscribers.

Safaricom has free, round the clock customer service. This has made the service more accessible to users and driven up customer satisfaction. Safaricom is also particularly attractive because other networks such as Kencell for instance, would charge their users for customer care services and were only available during business hours.

Safaricom recently dipped its toes in the internet service provider field and is doing remarkably well. Currently there are about 4 million internet users in Kenya. Therefore, the numbers would suggest that just under 45% of ALL Internet users in Kenya are using Safaricom as their ISP (Providers). Safaricom’s commitment to being a full-service telecommunications giant has driven its focus through the years. Its strategic targeting of various telecommunication areas has allowed it to band these sectors under one well-recognisable brand. This plan of action is a remarkable display of Safaricom’s unfaltering vision and as a result its wide success in whatever fields it ventures into.

All these factors play a huge role in Safaricom’s success and ensure that Safaricom will continue to dominate Kenya’s telecom industry for a long time. Grow this success in your own field by putting up a goal and breaking down the necessary steps to get you there. Don’t be intimidated by the prospect of partnering up and investing and stay true to your vision.